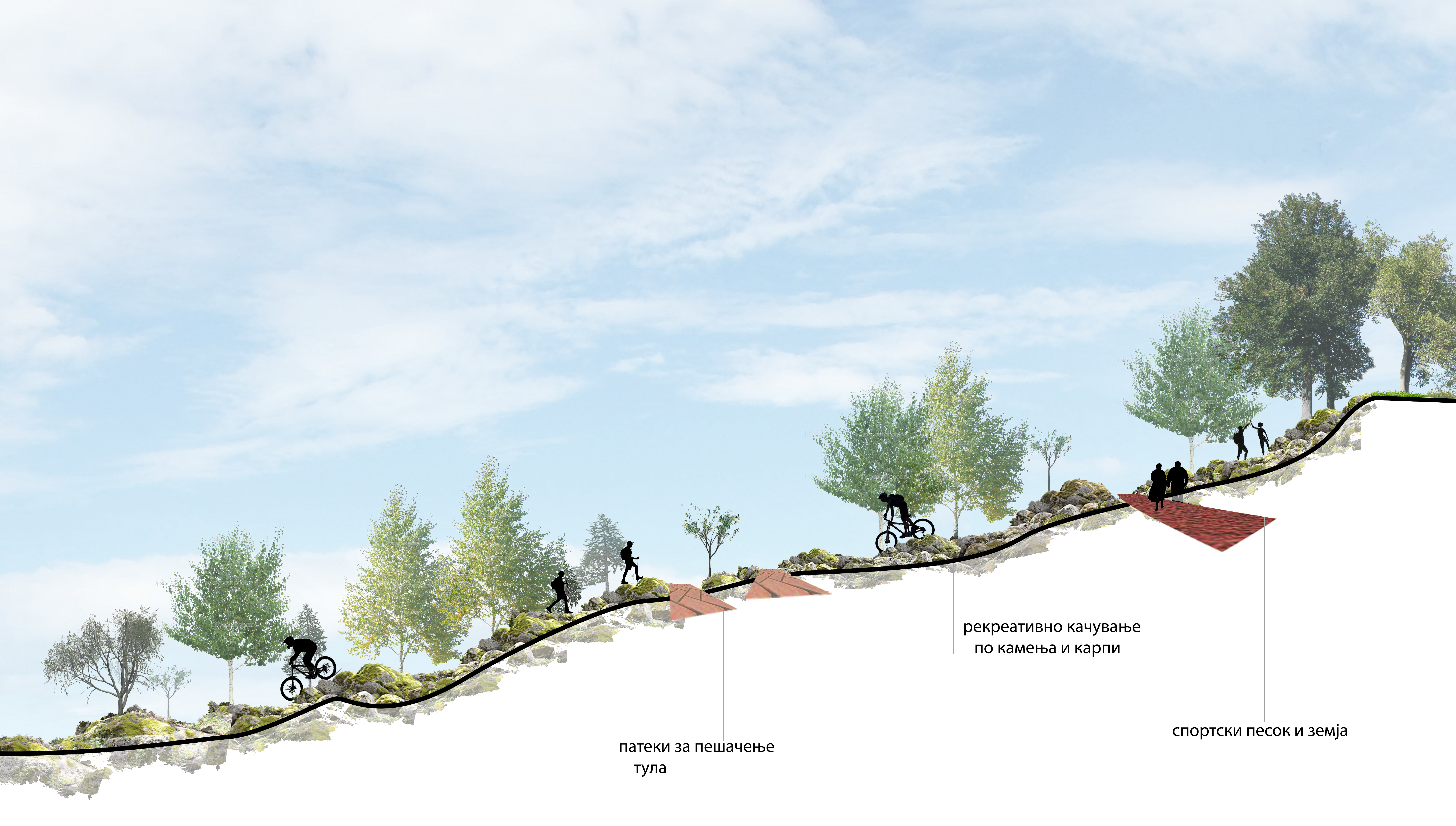 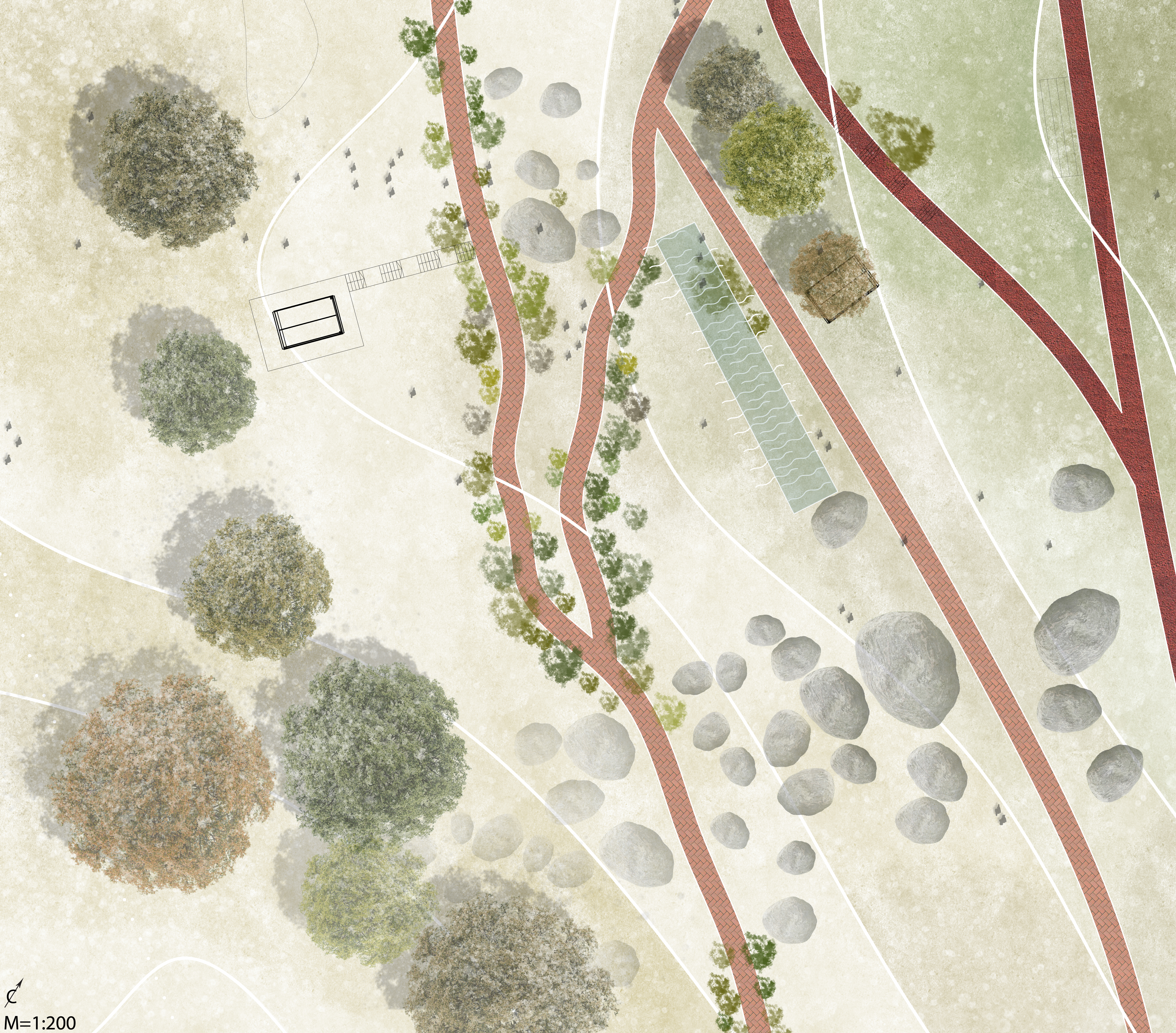 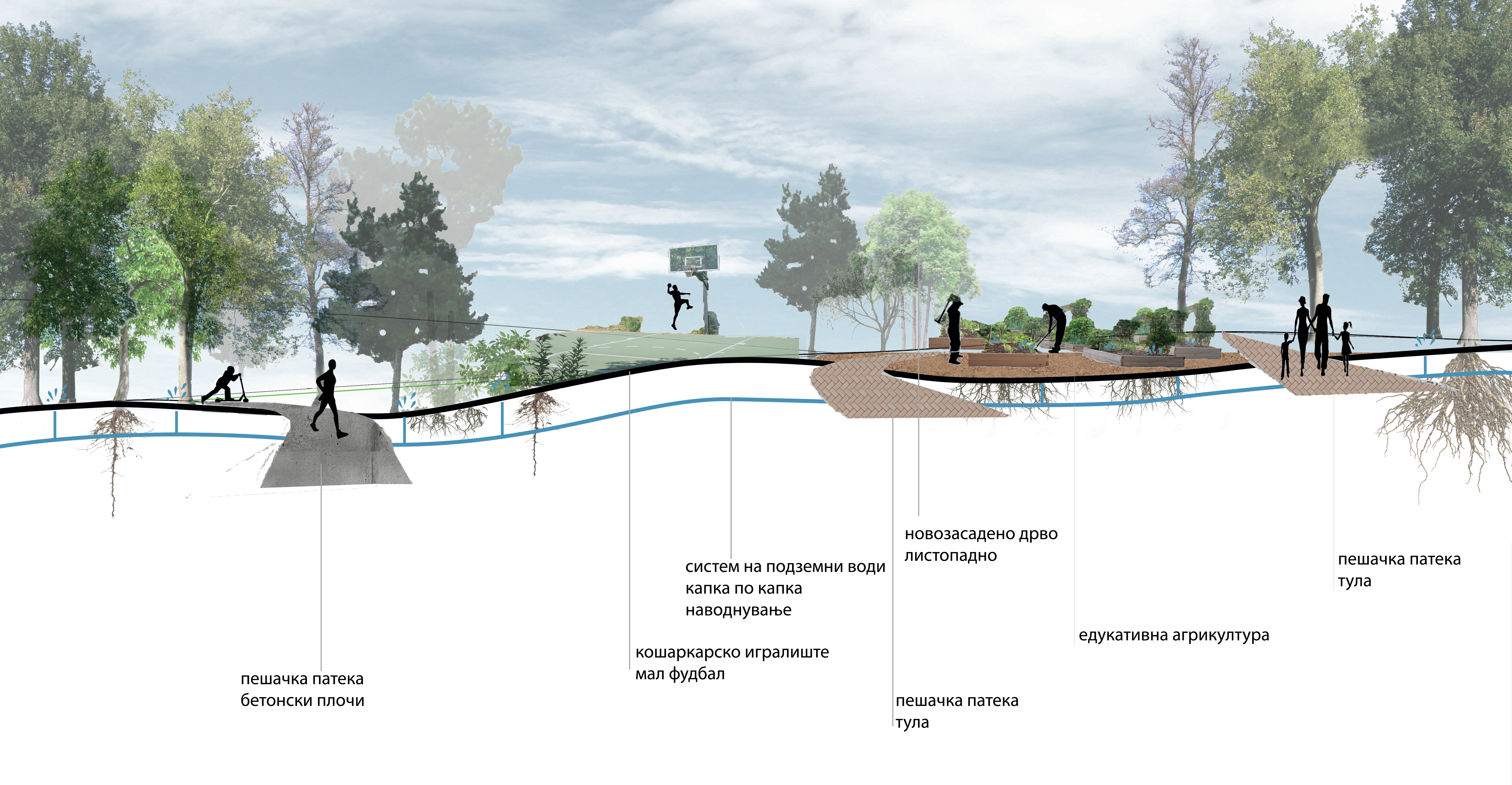 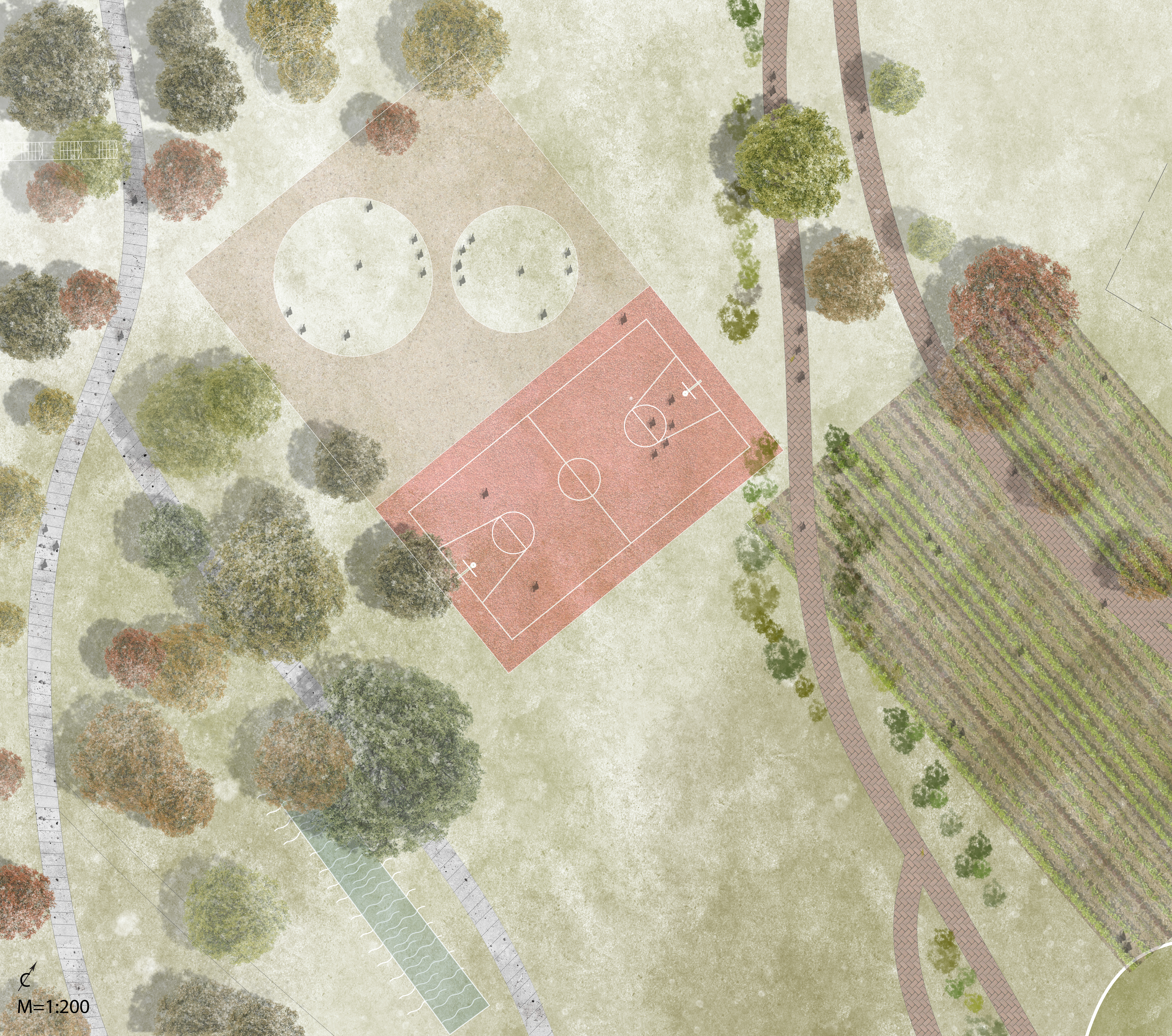 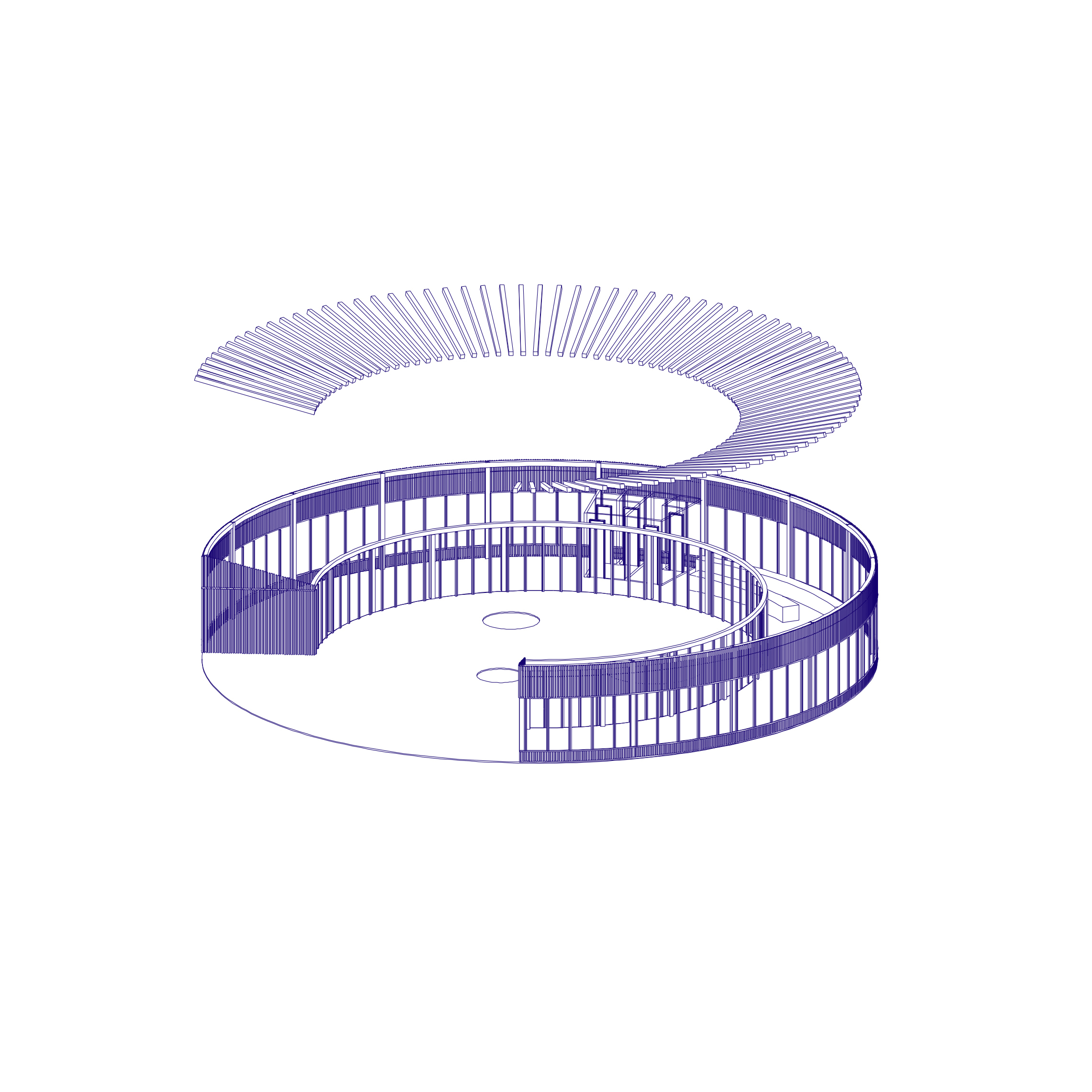 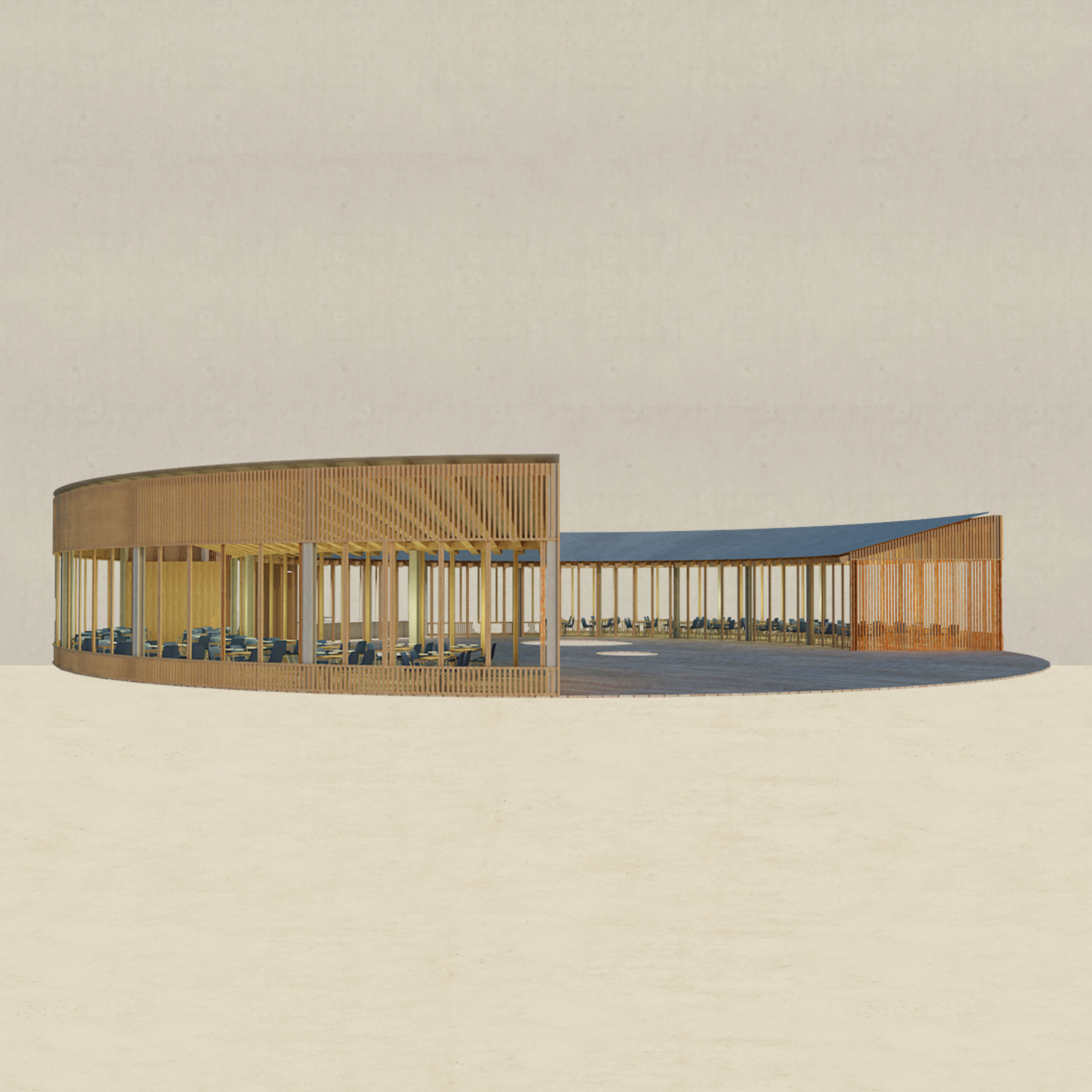 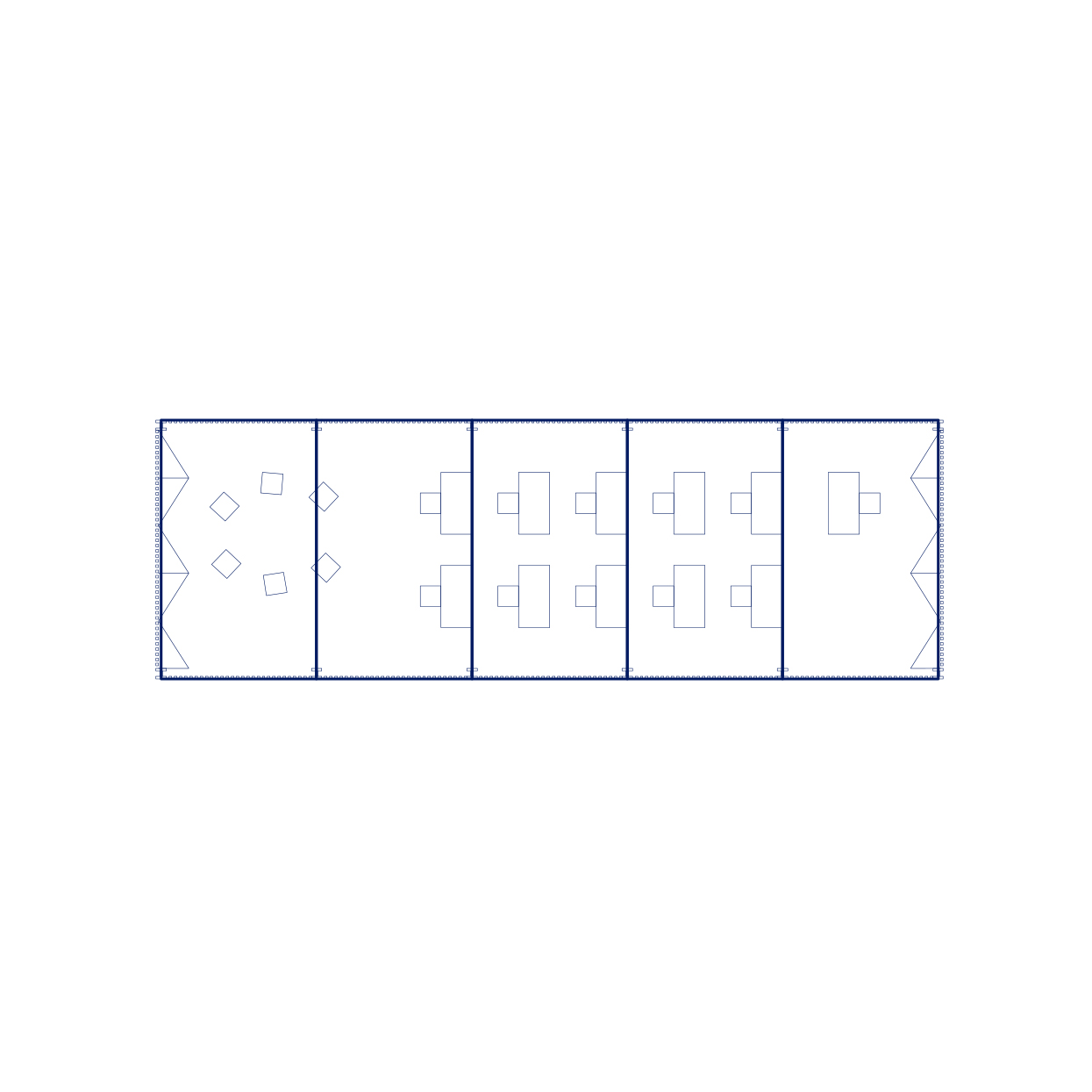 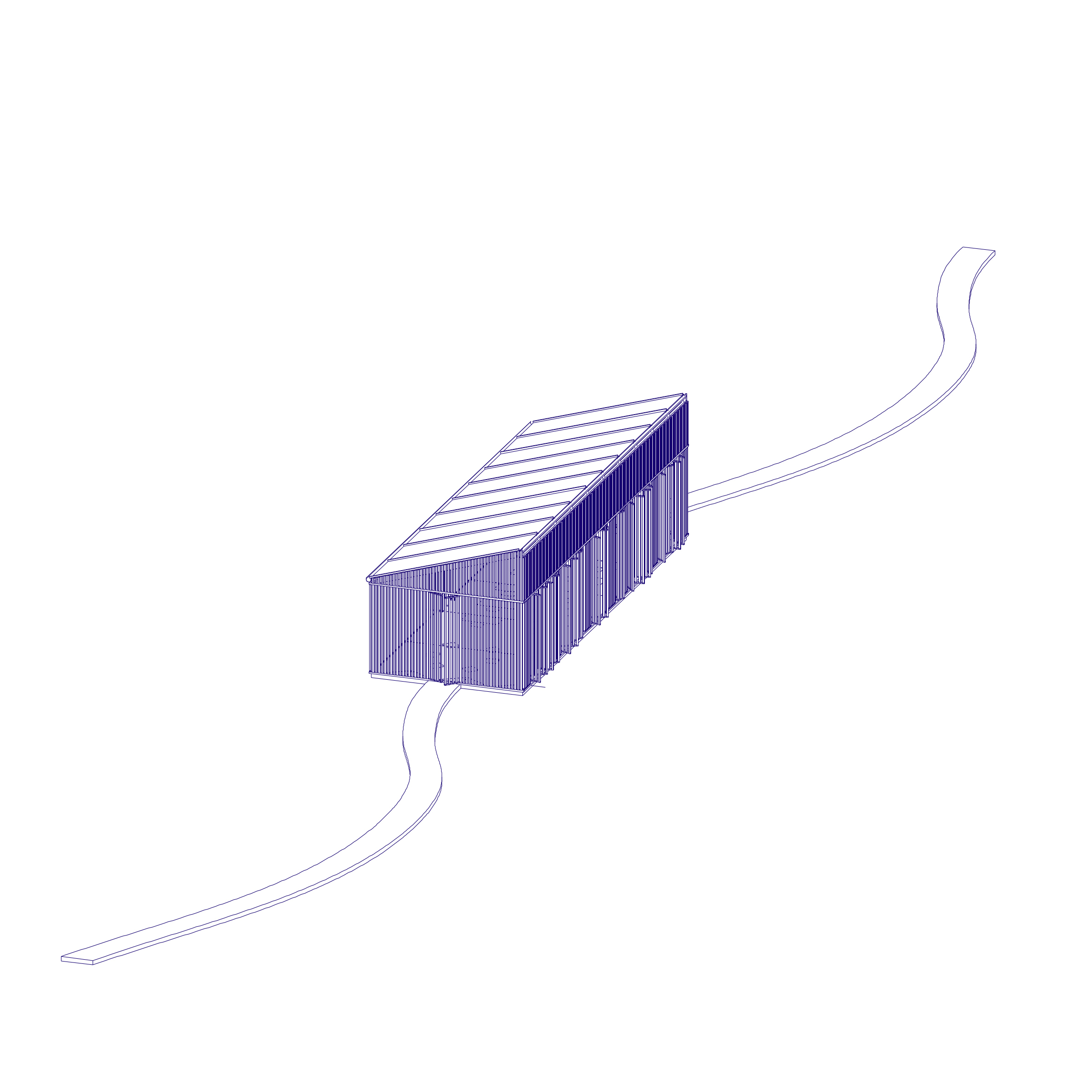 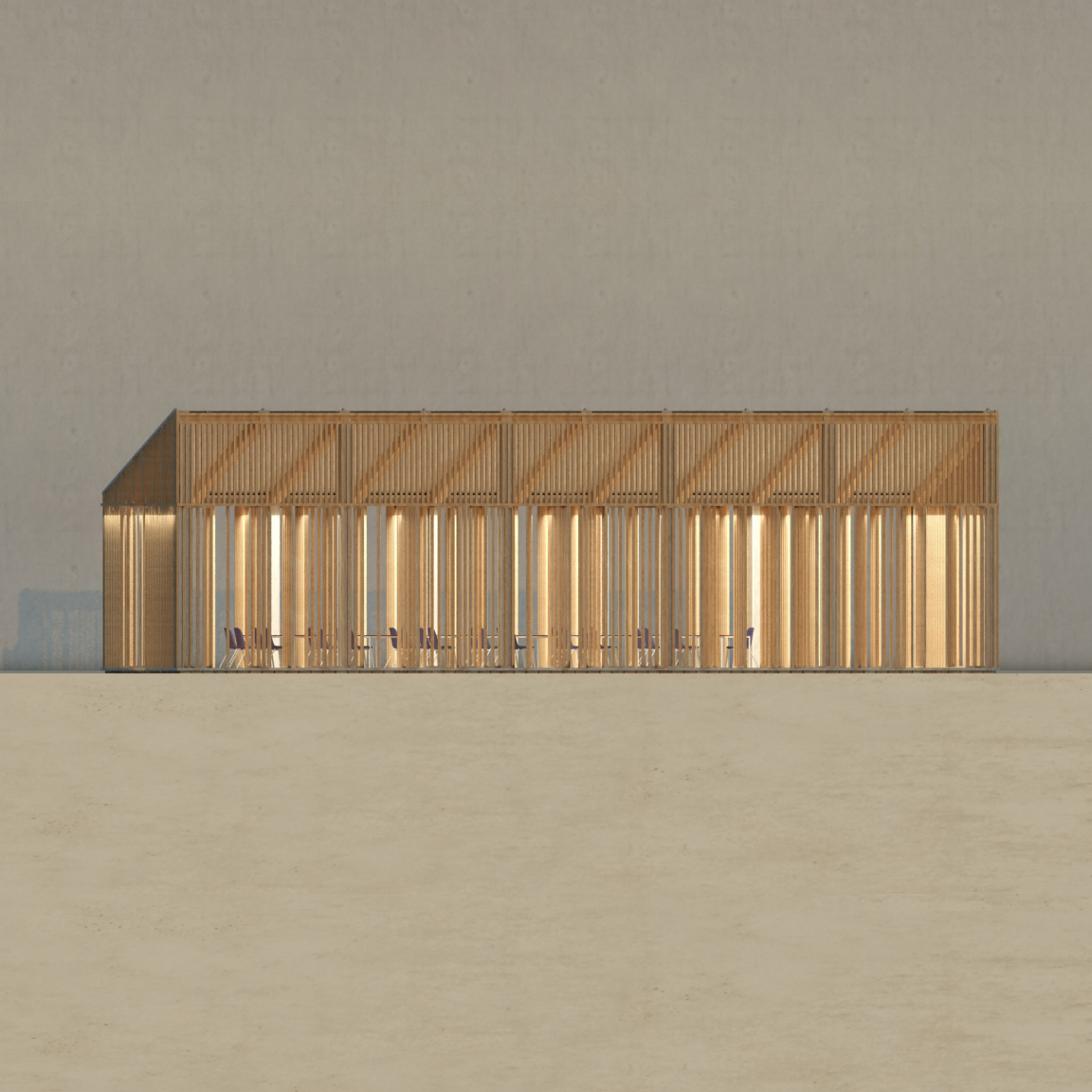 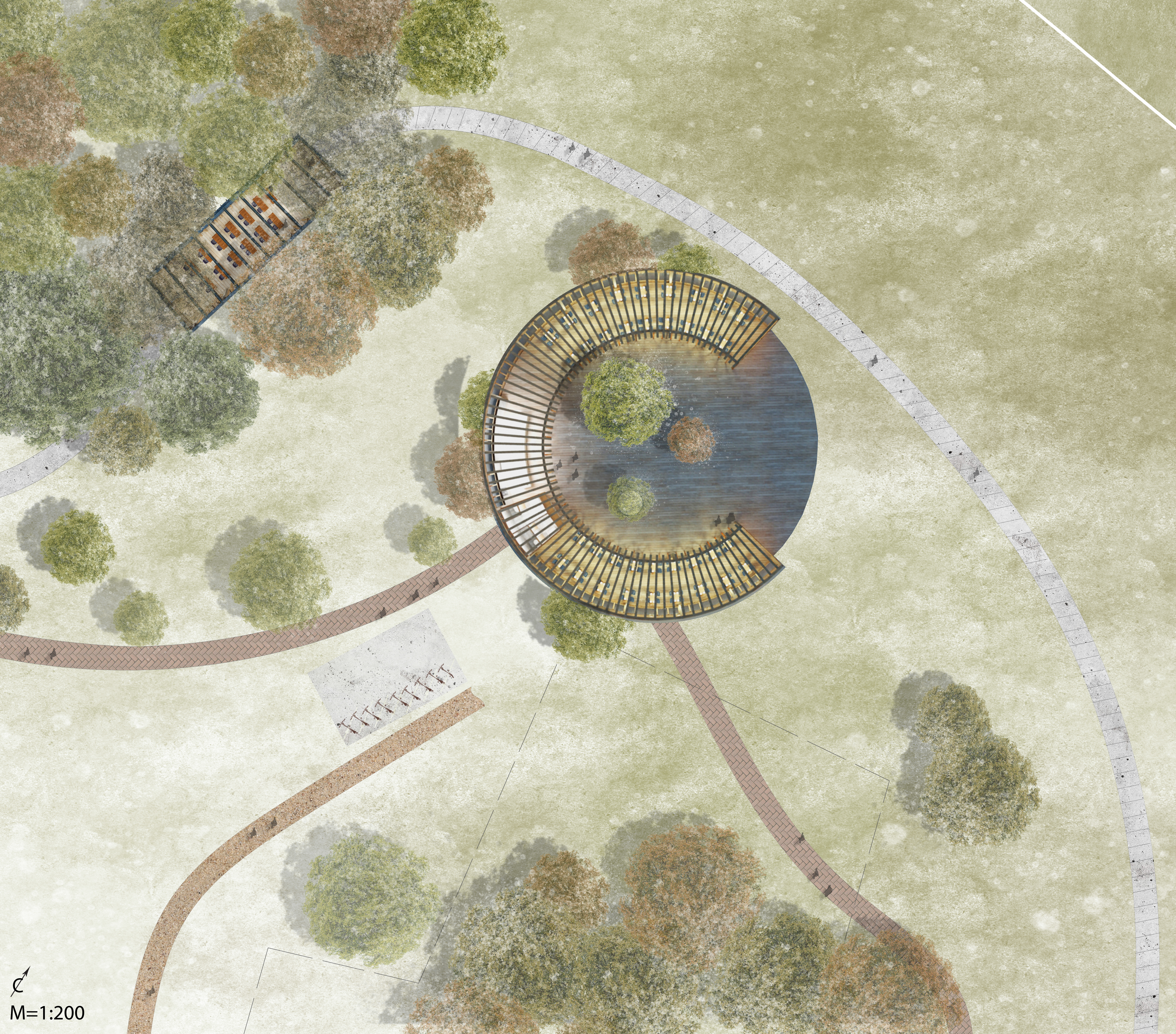 The project area is a huge hill that is in the middle of a small city in eastern Macedonia. The only existing building on the hill is the monument of freedom with gigantic mosaic by famous artist Gligor Chemerski built in 1981. The proposed project creates a new program in the park while respecting the existing hill slopes and recognizing the existing paths made by people on site while walking up the hill. The materials used for the paths are natural like sand, tiles, wood, and stones. The pavement is minimal, and all the paths are threatened as thematically stories to which are attached small lakes for collecting raining water, small pavilions for some food and beverages and platforms for resting and doing yoga. The only main buildings are the restaurant and the classroom. Both are made by a combination of wood and steel structure. The restaurant is positioned on the highest and it is mostly oriented towards the city. It is with a circular shape which helps to be easy approached from each point and also gives good views towards the entire landscape. The classroom is near the restaurant but in the woods. It is well ventilated and with comfortable ambient for studying and research.

The entrances of the site are respecting the already existing entrances, but they are reinforced and on certain points is planned proper parking place. Additionally, is placed one sports playground and one experimental educational agricultural field.