Winner at Temporary Living Space contest by Molteni&C|Dada, competing against 100 professional architects and designers. The design was constructed by Molteni&C and exhibited in Palazzo Isolani during Bologna Design Week 2017. 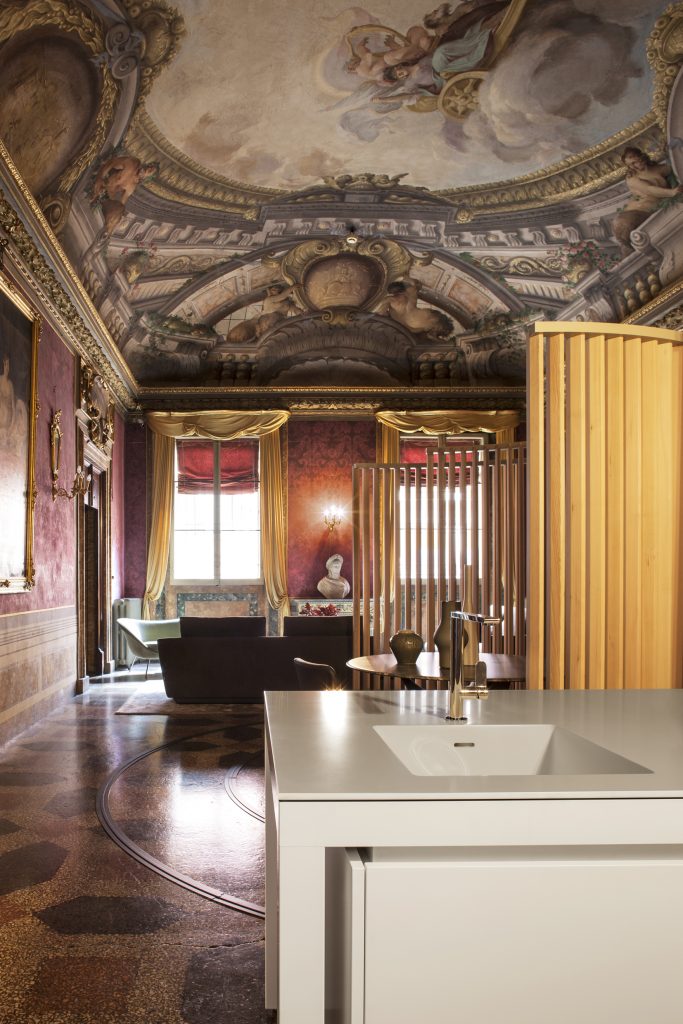 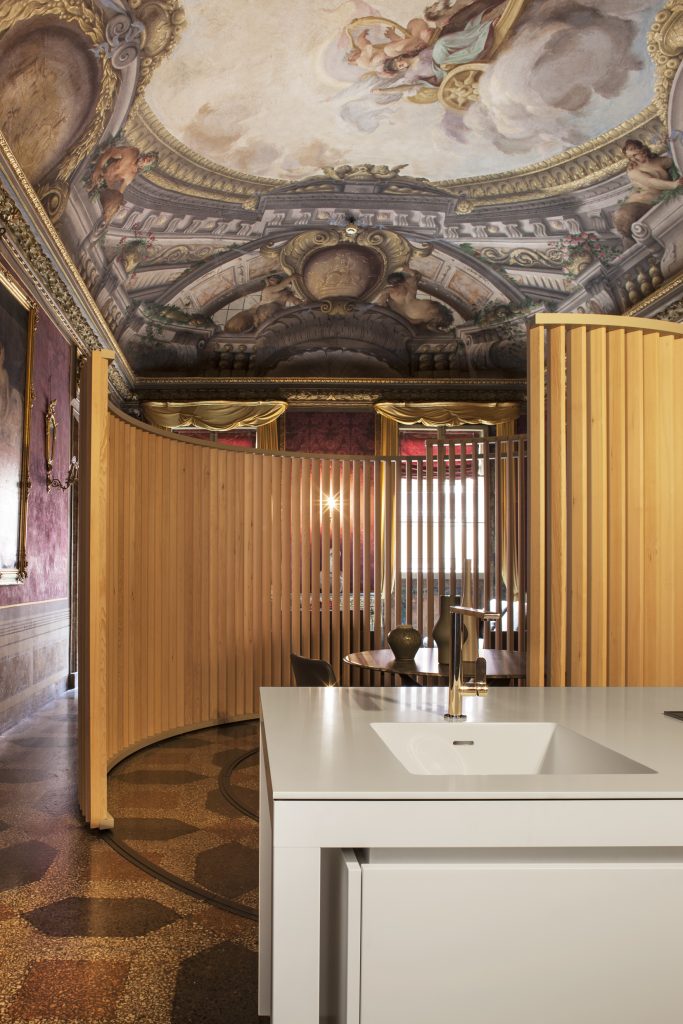 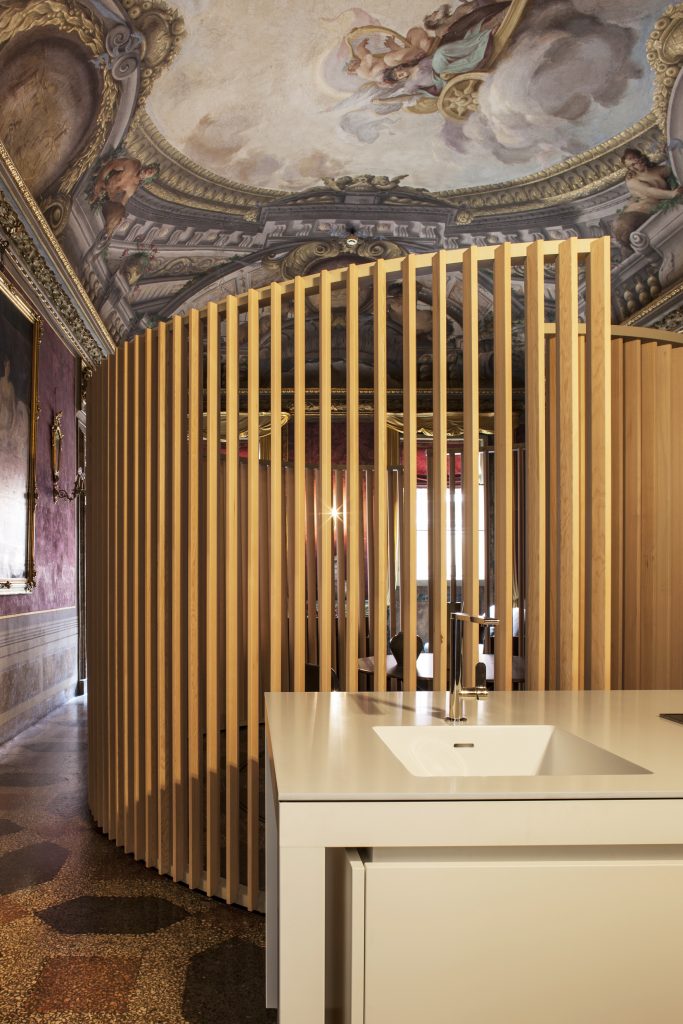 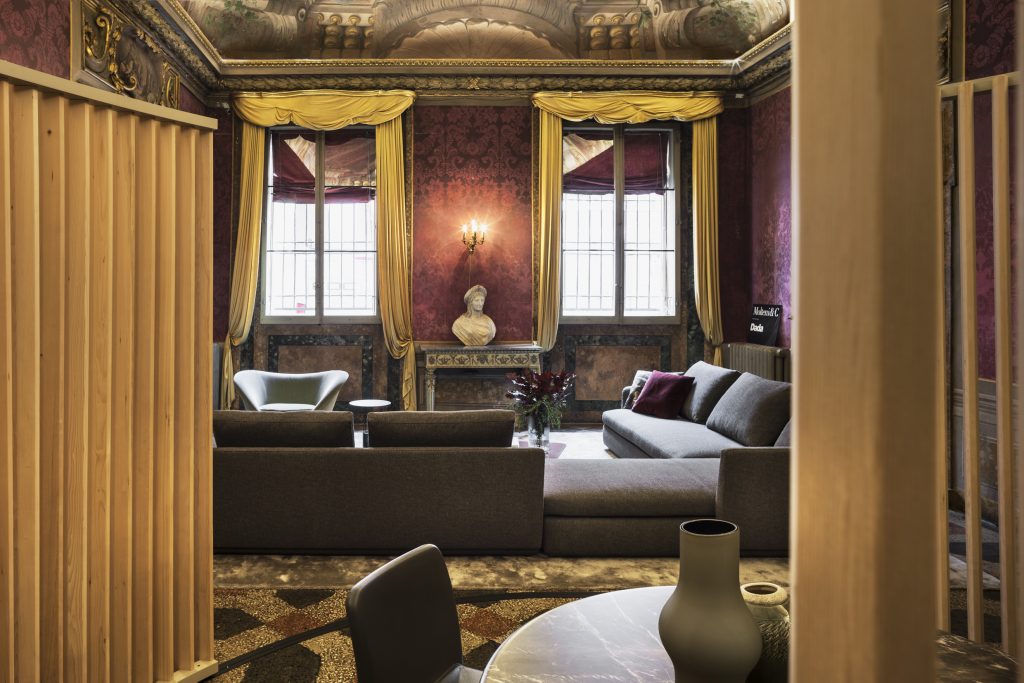 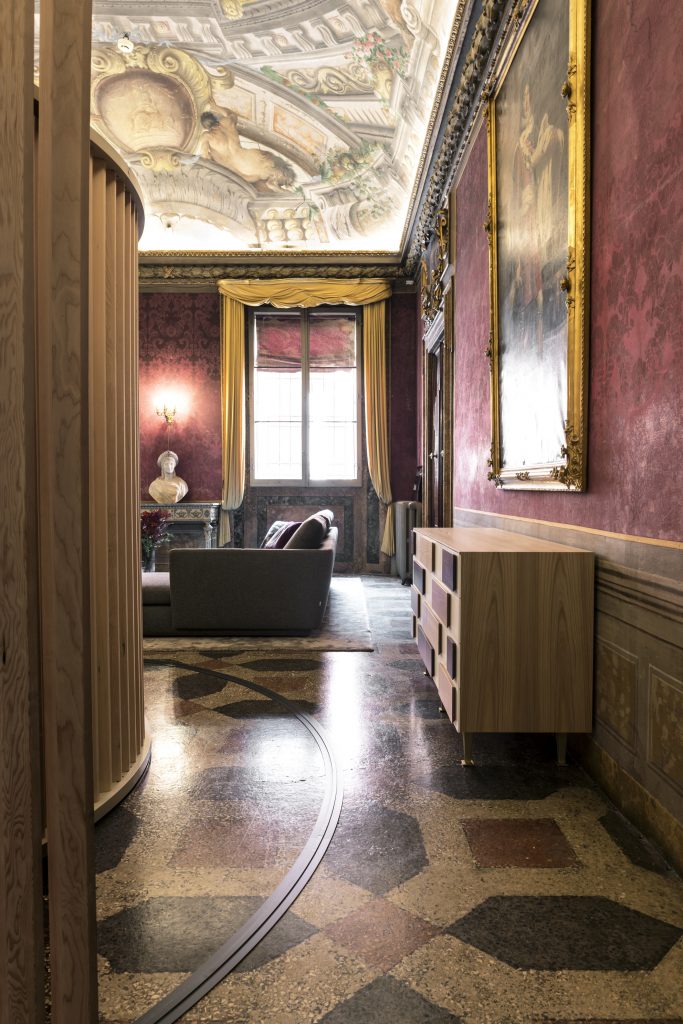 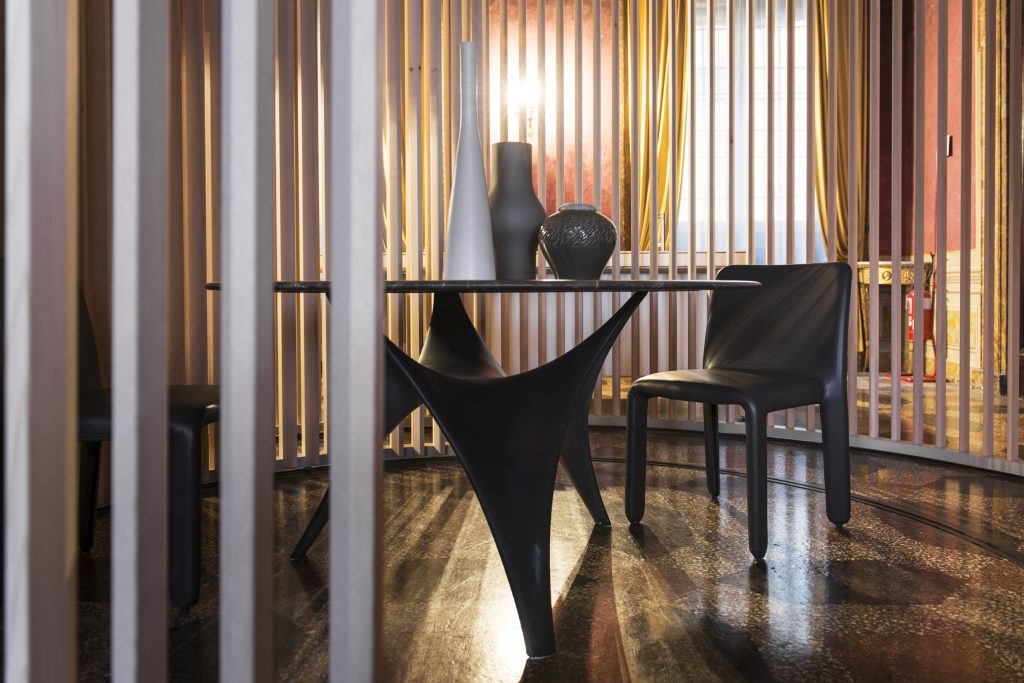 The contemporary living space should be a reflection of everyday life. Every day, more and more, people are running through the time with the many activities they have and information that arrive from different sides of the globe. As a consequence space ‘’home’’ could be identified as a space for a possible meeting between the family and people we share living space with. One living space should be flexible and capable to adapt to different situations and scenarios.  Because of that, the space in one house which is the most suitable to bring all the family together is the dining room. This place becomes sacred for the family and it should be designed as permeable and well accessible from all the other ambient of the house. Even better if it is located in the center of the home, it becomes real and proper focal and neurological point.

From these considerations, the idea is born to put the transformable circle in the center of the hall. This structure has the capacity to be more open starting from the living room and going to the kitchen, and it could be closed completely, in a mode to give space more convivial of the lunch and the dinner in order to give more intimate ambient.

The structure is composed of vertical elements from wooden materials thanks to which it could be felt the unity of the space as one. Through it, it could be seen the presence of the other rooms. The concept of coexistence linked to the food is an antique question since the existence of humanity. It varies from traditions and cultures and from people to people. Chinese, for example, use a rotating table, on which the food is positioned and while rotating it, the food is exchanged between more people sitting on the same table.

Another important aspect regarding the Italian kitchen, the one which is still well appreciated in the entire world and is especially well known for the time dedicated to the moment of loving nutrition. This is characterized as one perfect occasion to organize the temporary space of the life; in step with the temporary time we are living, by giving an opportunity to use the private spaces with the more close people in one ambient of pure serenity and fun, in real coexistence.

In September 2017 during the Bologna Design Week 2017, the Italian brand Molteni &C | Dada selected this design as the winner of the competition Temporary Living Space which was realized by the company and exhibited in Palazzo Isolani in Bologna. The winner proposal suggested the temporary structure and organization of the other contemporary and classic furniture produced by the brand in the hall dating from the XVII century. The challenge was to answer the topic of the competition, but also make a balance between contemporary furniture and highly accessorized interior from the baroque time.